This unit is a Carrera S Cabriolet with a 6-speed manual gearbox equipped with the Power Kit, thus delivering 385 hp. Painted in Dunkel Olive Metallic (a very dark shade of green undistinguishable from black unless exposed to the sun or to a very bright direct light), sports 20-inch Carrera S wheels.

We were looking for an attractive base for a soft “backdating”. Specifically, it was decided that we would look for a 997 Cabriolet either with a manual transmission or PDK, less than 60.000Km in the clock and preferably of an uncommon colour.
In June 2016, our attention was called to this 70.000 Km 2007 unit garaged in Germany and, as it usually happens, it was a very tight call. We had to rely on our “scout” opinion as travelling to Stuttgart on short notice (48 hours) to check the car in the metal was not an option.

We found it to be a pretty well-equipped 911: Natural tan leather interior, manual transmission, X51 PowerKit option, Sport Chrono, Cruise Control, PCM, heated seats, multi-function steering wheel, carbon fibre interior (wheel, gearshift, dashboard details, telephone hand-set …) From the outside, it filled our initial requirements very well, but there was more in it than met the eye:
Engine
Not only did it have the Power Kit option, but the whole engine had been replaced by the factory under the extended guarantee program and had covered just under 3.000 Km since.
Gear box
6 speed Manual, just as we wanted.
Colour
A very unusual shade of green that looked very appealing in contrast with the tan interior.

Under these conditions and without further ado, the decision was made, the price paid, the car mounted on a lorry, and within 10 days, delivered in Madrid.
Between the end of July and mid-September that year the car covered 1.000 km without any major incident. By the end of September, the project had taken shape both on how the car should look like both externally and inside, but we needed to make up our minds on whether action should be taken, if any, from a mechanical perspective. This was a car with some 72.000 Km at the time, with an almost new engine but with other components (brakes, tyres, clutch…) that inevitably would, sooner rather than later, show its age.
As the aesthetic treatment to be applied was pretty comprehensive, and despite the economics involved, we decided to let the car in an “almost as new” condition. New tyres, new clutch, new discs and pads in the brake system, were installed. And while we were at it a little oil leak was noticed in the gearbox. Porsche advised us that taking the gearbox out of the car in order to diagnose the origin of the leak, finding the faulty parts if any, replace them, reassemble and mounting it back on the car was probably going to be an expensive exercise. And they offered, as an straight forward alternative, to replace the actual gearbox for a 2-year guaranteed, factory refurbished, original gearbox. Which we did. 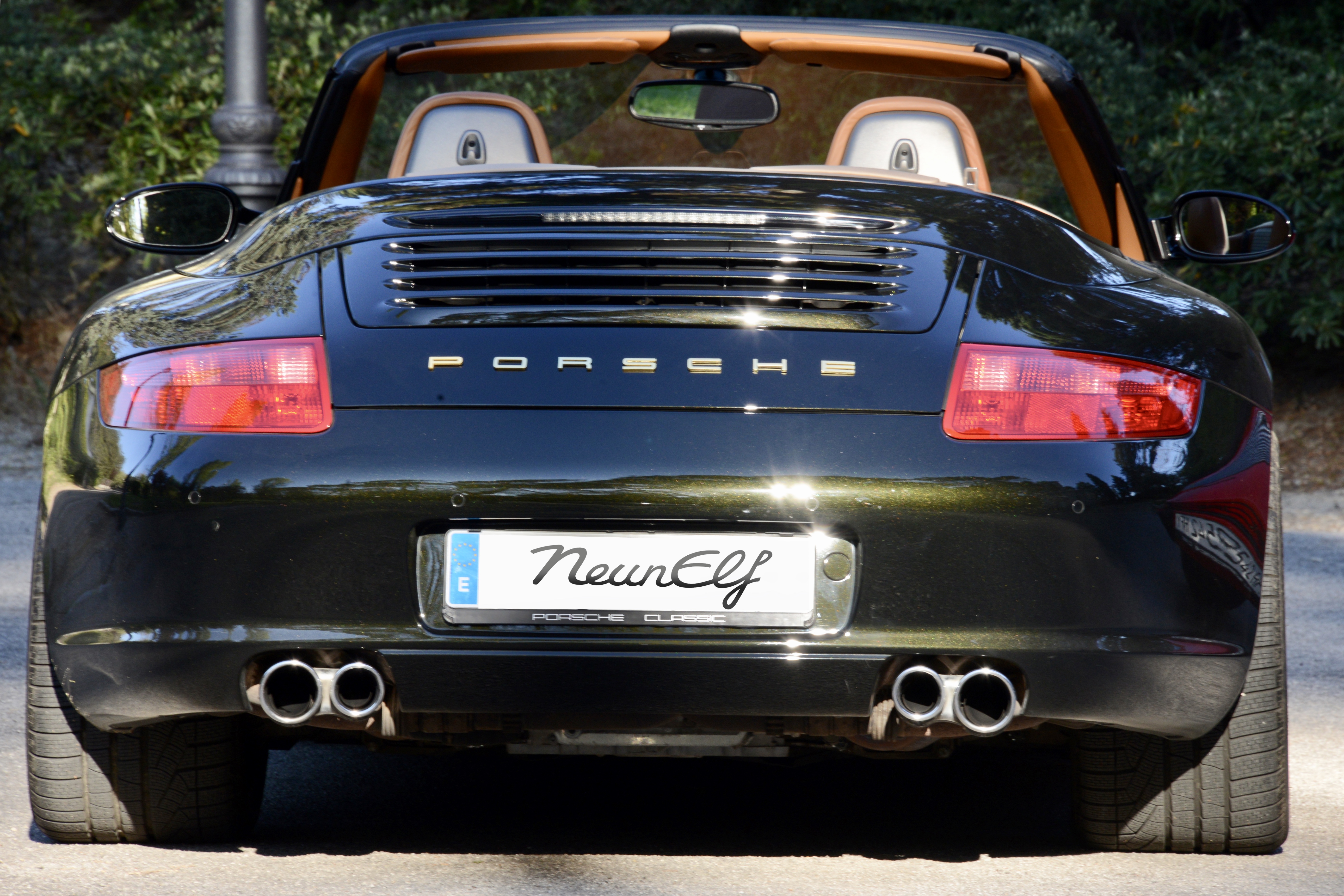 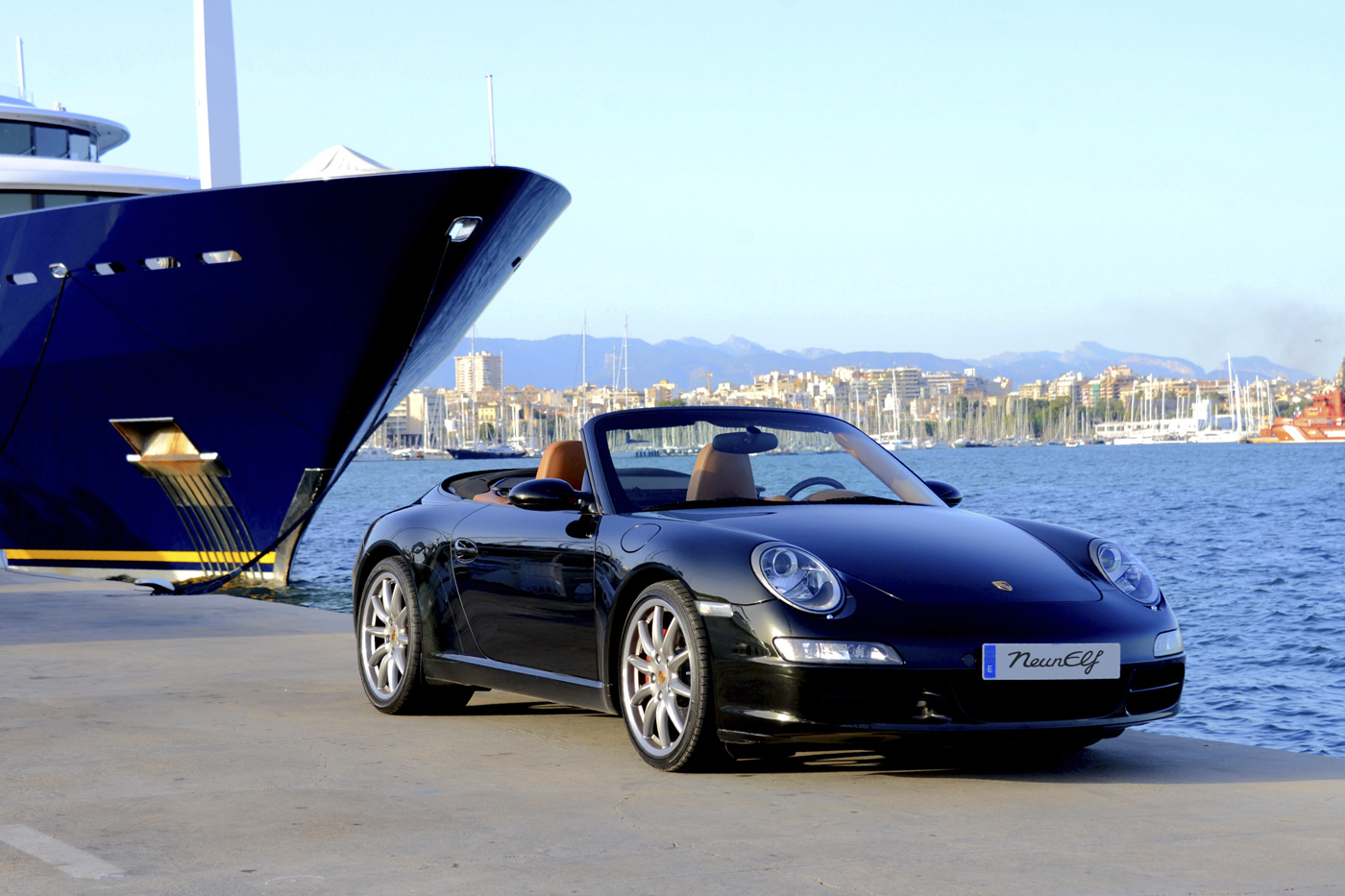 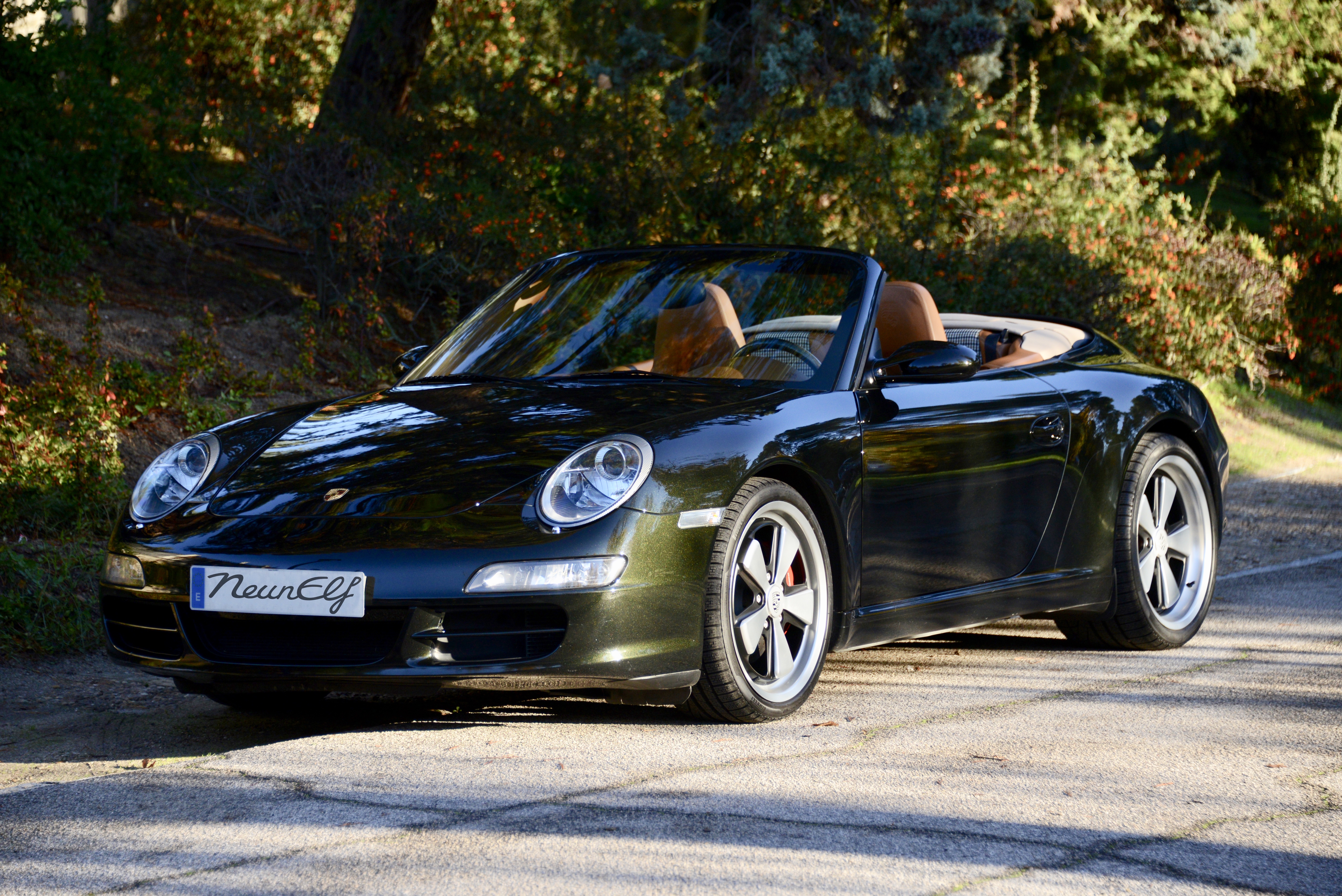 So, at this point in time we had a pristine 997 on which we could implement the backdating process that would turn this car into a special unit, a one-of-a-kind Porsche with some identity iconic signs that are stuck in the memories of all 911 lovers.

The original black top was substituted by a beige new one sourced from Germany. The wheels were replaced by classic Fuchs manufactured ones. Porsche old gold lettering replaced the Carrera S chrome rear sign. Black alcantara with tan contrast stitching replaced the three parts in leather of the steering wheel, (the rest is carbon fibre) already worn out. And to give it the final touch, beige, black and white houndstooth (or “pepita”) fabric upholstered the upper door panels and the centre of the front and rear seats and backrests.

The pictures below show the final result in this Neun Elf #01 Edition.