Ten years after the car made its premiere, the Porsche engineers gave the 911 a comprehensive makeover.

Known as the ‘G-model’, the new generation 911 was built from 1973 to 1989 – a longer period than any other. A particular feature of this evergreen was the striking bellows-style bumpers – an innovation created in order to comply with the latest US crash test requirements. Three-point safety belts fitted as standard and seats with integrated headrests also provided increased occupant safety. A further milestone in the car’s history came in 1974, when Porsche brought out the first 911 Turbo with a three-litre engine, 260 hp and a striking rear spoiler. With its unique combination of luxury and performance the ‘Turbo’ became a synonym for the Porsche brand.

In 1977 came the next performance level: the 911 Turbo 3.3 was given a charge air cooler and at 300 hp was the highest performance car of its class. On the naturally aspirated side the 911 Carrera re placed the SC in 1983 and, having an engine capacity of 3.2 litres and 231 hp, became a muchloved collector’s piece. Lovers of fresh air were able to buy this 911 as a convertible from 1982. In launching the 911 Carrera Speedster in 1989, Porsche was building on a legend. 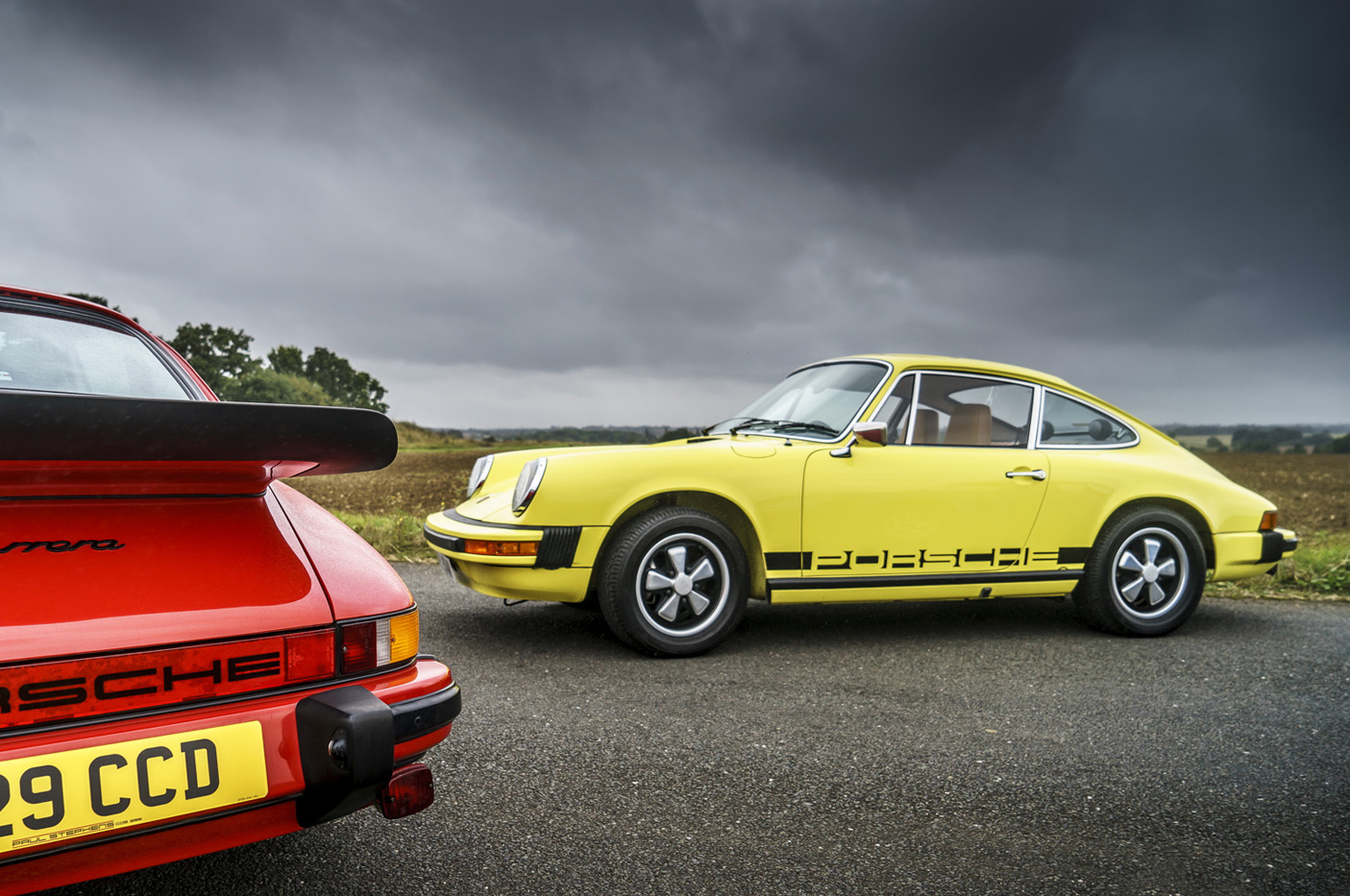 Engineers searching for the “ideal charge” – optimum combustion of the air-fuel mixture – is almost as old as the combustion engine itself. The technicians aim to get as much air as possible into the cylinders so that, when it is compressed and mixed with fuel, it can create a high operating pressure and therefore high output by means of combustion. The 911 Turbo, presented in 1973, was a forward-looking study as its 3-litre turbo engine boasted charge pressure control on the exhaust side which had previously been thoroughly tested in the motor racing sector. With the 911 Turbo, which was ready for series production in 1974, Porsche was the first car manufacturer to successfully adapt the turbocharger to the various driving states. Instead of the conventional intake-side control, the company developed exhaust-side charge pressure control. This prevented unwanted excess pressure during partial load or overrun by guiding excess exhaust gases via a bypass instead of through the exhaust gas turbine. When charge pressure was needed again during an acceleration phase, the bypass valve closed and the turbine could work to its full capacity in the exhaust stream.