A contemporary rival of the Porsche (964) Carrera 2 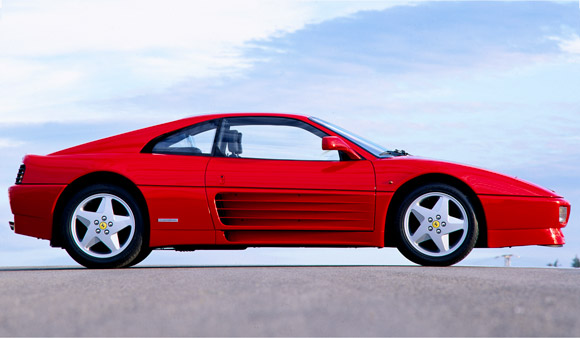 Back in 1989, Ferrari launched a new model that would replace the successful 308/328 series, leaving well behind the company that Enzo Ferrari, who would die that same year, had been running with an iron hand since its beginnings. Therefore the 348 would be the last Ferrari designed under Il Commendatore’s supervision. In this case the model name reflects the engine displacement and number of cylinders (3.4 liter, V8) coupled with a reference to its main technical innovation: the engine in its normal longitudinal position and the gearbox transversal to the engine. This lay out, never used in a production car, was not unknown to Ferrari that have used it in the 70’s in their Formula 1 cars: tb, “transversale berlinetta” and ts, “transversale spider”. 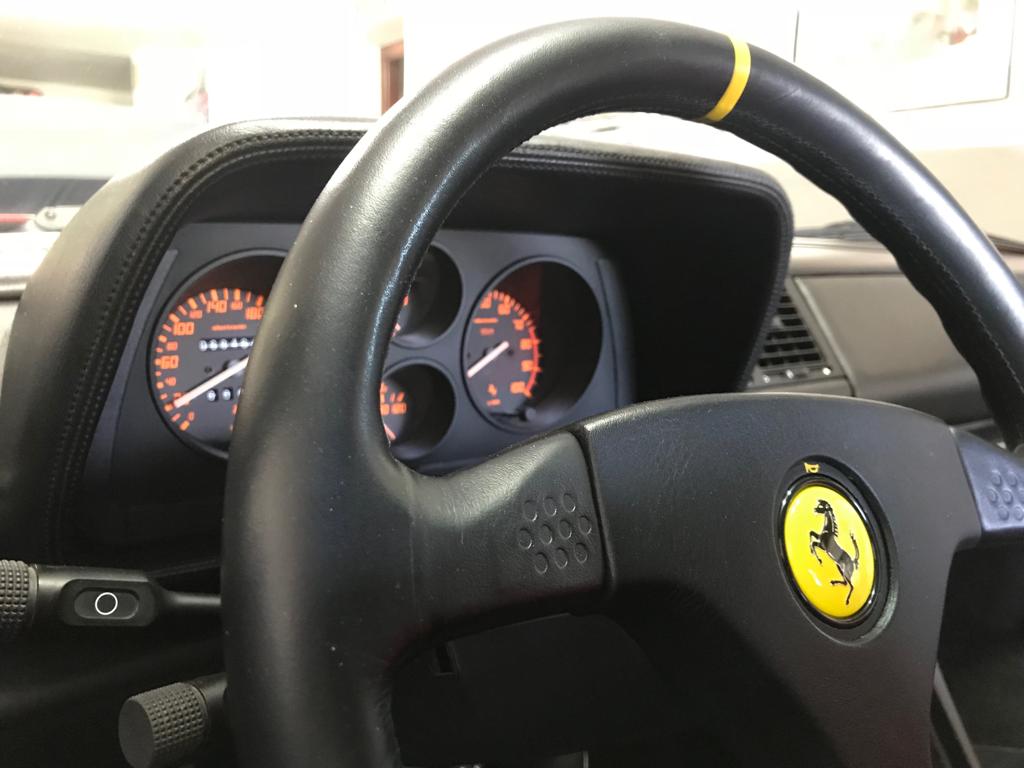 Improvements and overall differences were huge in relation to its predecessor. For many, the 248 is the last Ferrari with a classic handling: light at the front, no power steering, no power brake, dog-leg gear scheme… In fact, this model was vastly criticized at the time for it was too difficult to drive when compared to its direct rivals, Porsche 964 Carrera 2, Toyota Supra o Mitsubishi 3000 GT VR4. Luca Cordero di Montezemolo, who eventually would become CEO of the company, bought one himself as a gift for the successful outcome of the 1990 World Football Championship that he organized and managed, and was not ashamed of publicly criticize the 348. In fact, one of his first decisions when he landed in Ferrari leaded by the hand of its main shareholder FIAT Auto, was to improve the 348 and launch in 1993 its successor, the Ferrari F355. 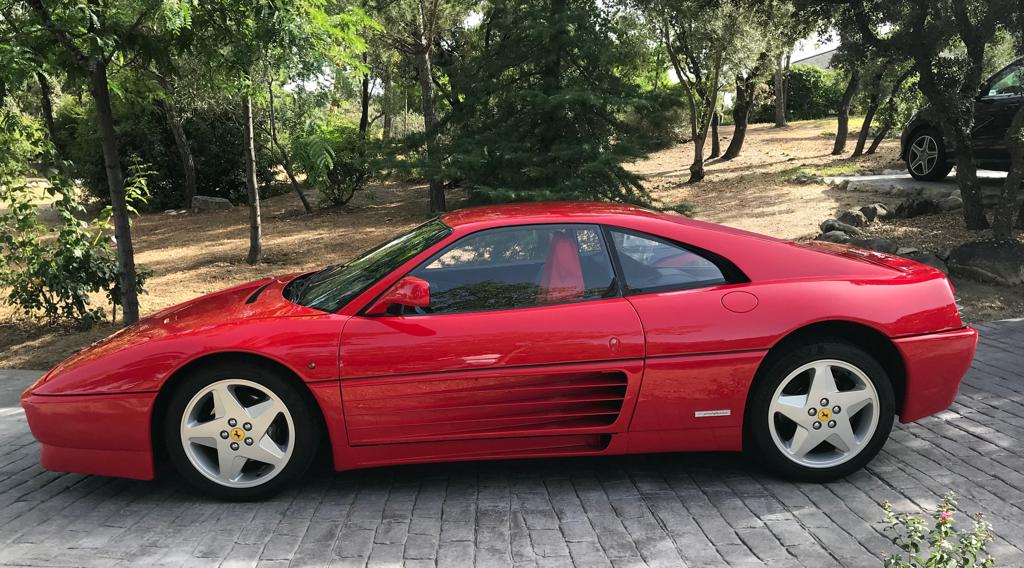 This unit is one of the first that saw the light out of the Maranello factory back in September 1989. It was sold to her first owner in Spain in April 1990. A very distinctive sign are the seats, which were replaced as of 1990 by a new model providing more support for the driver and passenger. Strictly in its original condition, her second owner chose to paint the lower part of the body in its main color, “rosso corsa”, a distinction that Ferrari itself adopted from 1994 onwards for the 348 GTB and GTS. 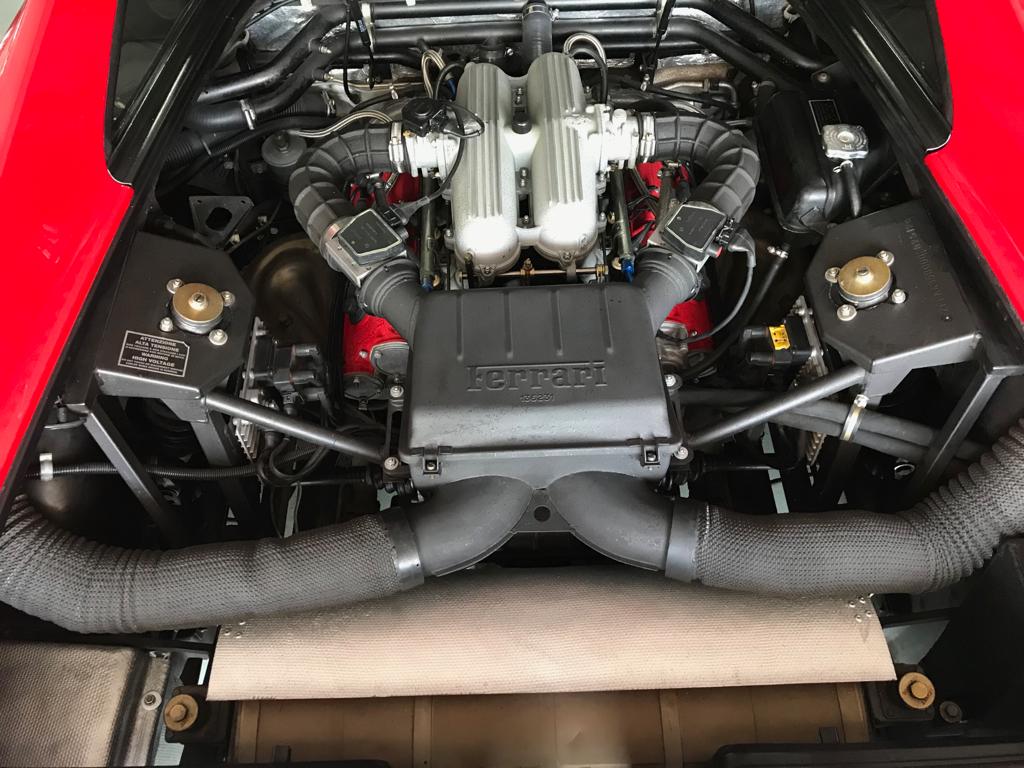 Her present owner doesn’t like to participate in the classic comparison of the performance and handling of the 348 vs its contemporary rivals (he also owns a Porsche 964 of the same year) and we agree the differences between cars belonging to the same class or market segment were far more evident 30 years ago that nowadays. Back then a prospective owner could pick the car more suitable to his or her driving style because of all these obvious differences in behavior. This said, the 348 surprising suppleness or flexibility allows a smooth city driving without abruptness of any kind. In fact it is recommended to jump gears from 1stto 3rd, from 3rdto 5th, as the engine will respond flawlessly while at the same time showing its racing roots in the high rpm’s. There, between 5,000 rpm and 7,000 rpm, the 348 finds herself at ease, very, very fast and quite stable up to 180 km/h provided that attention has been paid to tire pressure and front wheels alignment. If you dare to push further beware of changes in the tarmac and expansion joints in the road as small corrections at the steering wheel will be mandatory. 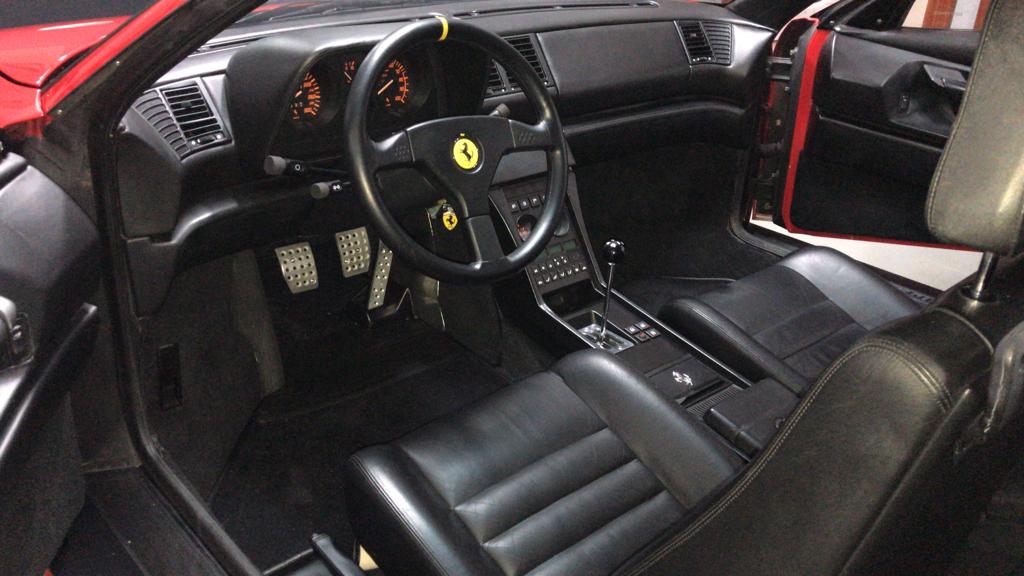 In summary, this is a classic performing Ferrari that is starting to be appreciated not only by “purists” but also by true “aficionados.”