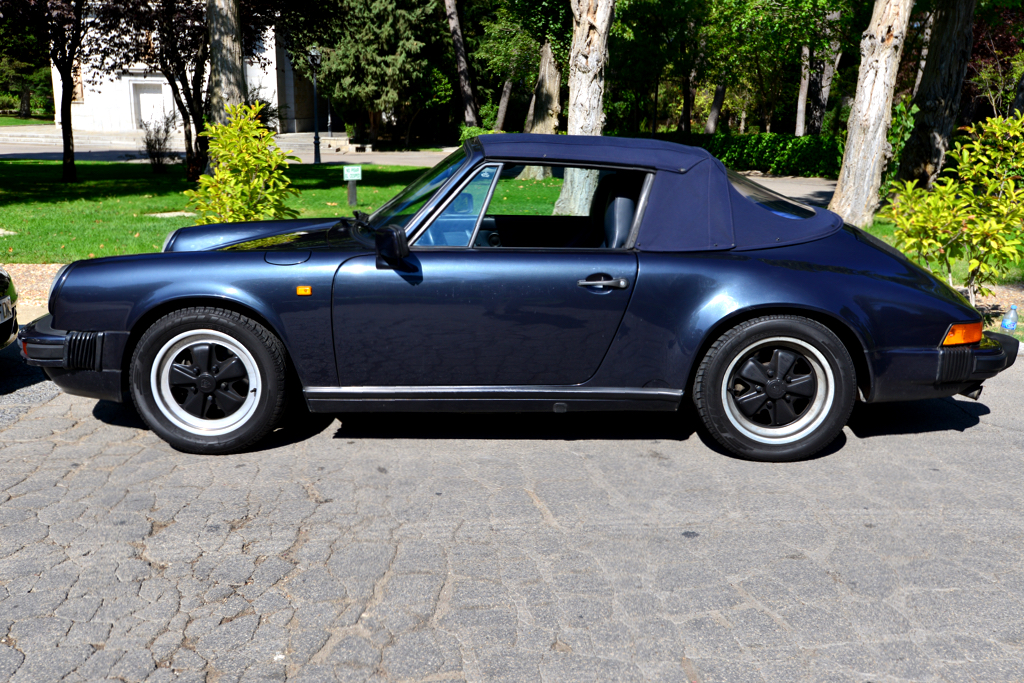 If you happen to be a genuine motor car freak, at one point in your life you, most likely, will indulge on the idea of buying a classic or just “vintage” car, or, if you are lucky enough, keeping or even improving an old car of your own. Original classic cars are hard to find and expensive…. Restored cars are transformed original vehicles and may or may not to cover the cost of restoration once in the market, but the final result would prove exhilarating. Restomods are the hardest to predict in terms of market behaviour but the fun of the process and the joy derived from driving them, more than compensate the eventual economic outcome.

Original Cars
An original classic car should show “matching numbers.” The term “matching numbers” or “numbers matching” simply refers to the serial numbers that were stamped or cast on the major components (engine and chassis) of the vehicle during manufacturing. Those serial numbers match the other components on the car or may refer to the assigned numbers of the production facility, date or the series of the vehicle. Since VIN (Vehicle Identification Number) were not standardized until the 1980’s, old time manufacturers had their own system of assigning numbers. Depending on the make and model of the vehicle, engine, transmission, rear axle, alternator, generator, carburettor, distributor, water pump and heads would have been numbered. A “matching numbers” car is original and its market price would then be considerably higher than those without.
Most vehicles being shown as “original” would more appropriately be described as “restored” although this is not the case of this original 1989 911 (930) Turbo that is shown below these lines. 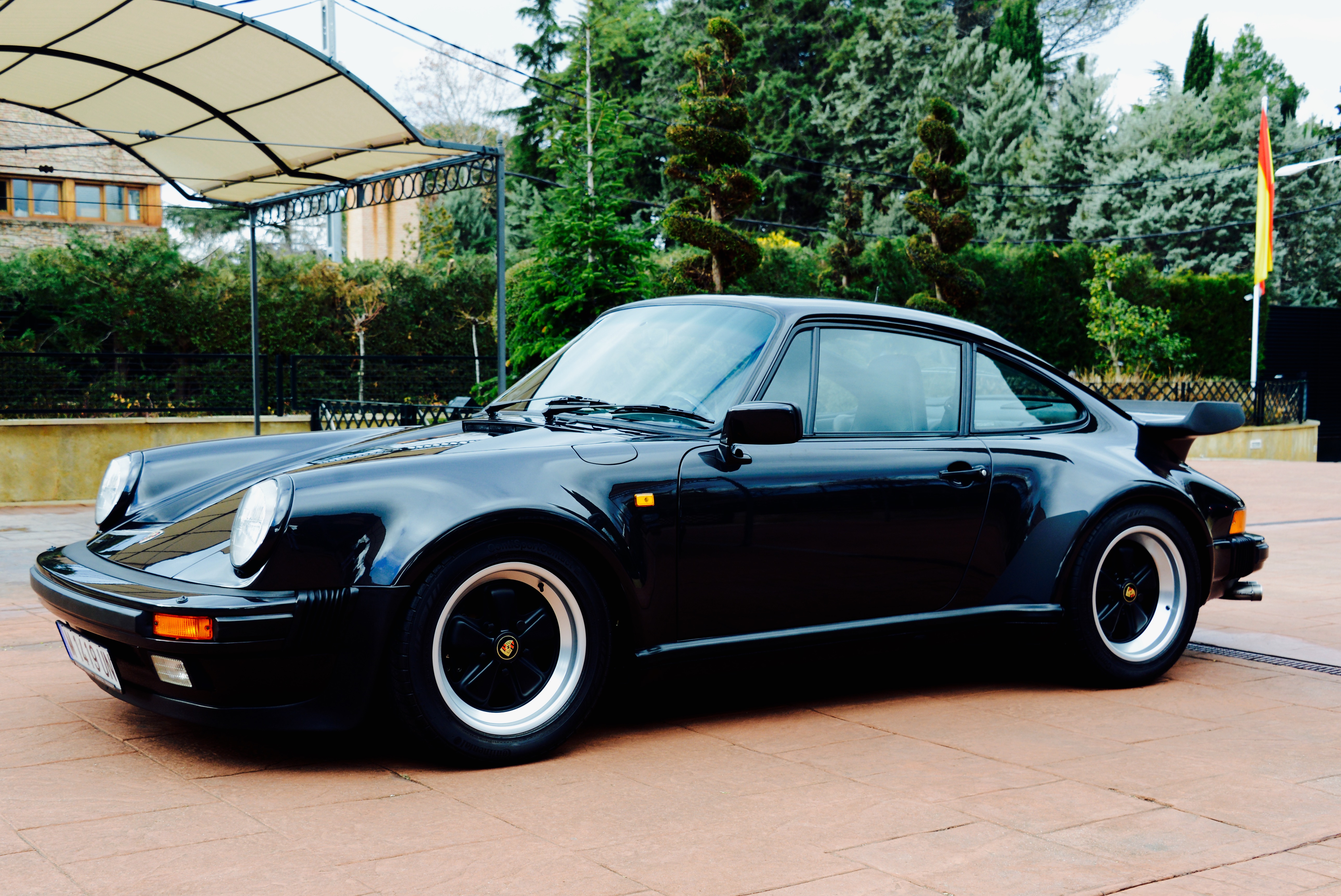 Restored vehicles are classic cars that have been refurbished to their factory specifications using original factory parts. While many of these parts can be located, the cost, time involved and availability of some parts make it a daunting task. Therefore, many vehicles are restored using new parts that have been manufactured to the original specs. For a “restored” car, the end goal is to repair and refurbish the vehicle so that it looks and operates exactly the same as the day it rolled off the assembly line. From the outside and without a proper and thorough revision of the unit in question together with available documentation, is hard to tell if the car is “original” or “restored”. 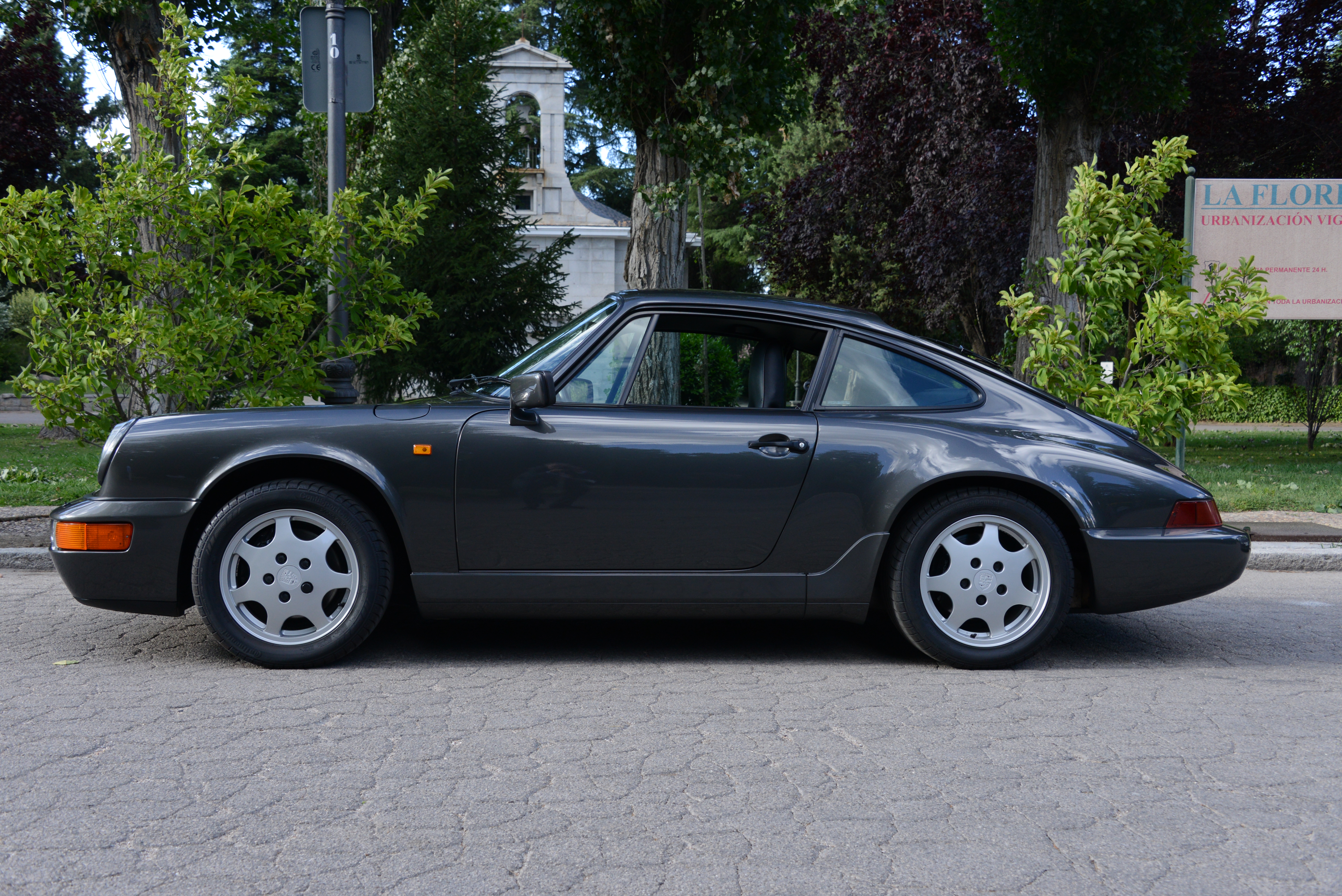 A Restomod is a classic car that has been restored, but modified with modern parts and technology. Aesthetically, the vehicle may look the same or similar to the original, but will incorporate updated parts and equipment meant to improve not only the dynamic characteristics of the car (braking, handling, acceleration or speed) but also comfort and safety. Thus, the purpose could be to comply with emissions standards, incorporate safety features such as airbags, brakes, or in some cases, GPS systems, air conditioning, new carpeting and upholstery, LED lamps, etc. Furthermore, engines on a classic car would be improved or even exchanged so as to enhance performance and increase fuel efficiency. Regardless of what features are changed or added, the ultimate goal is to modify the classic car without significantly altering its outward appearance and identity.
We have chosen to show you two examples on how this can be accomplished. Firstly, a now very well-known and extremely exclusive unit from Singer Vehicle Design, a California based company founded by British national Rob Dickinson who calls his creations “Re-imagined 911’s”. 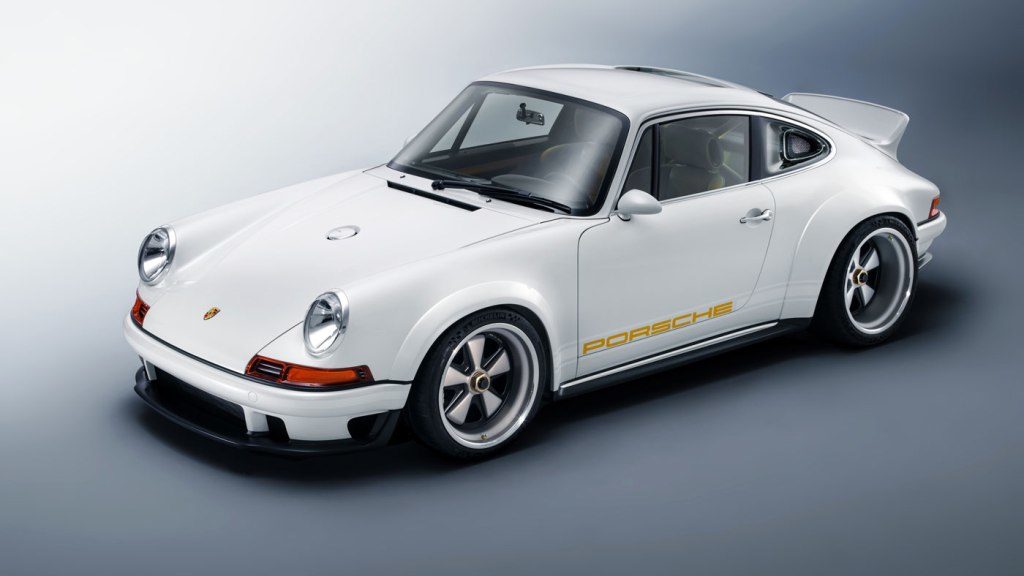 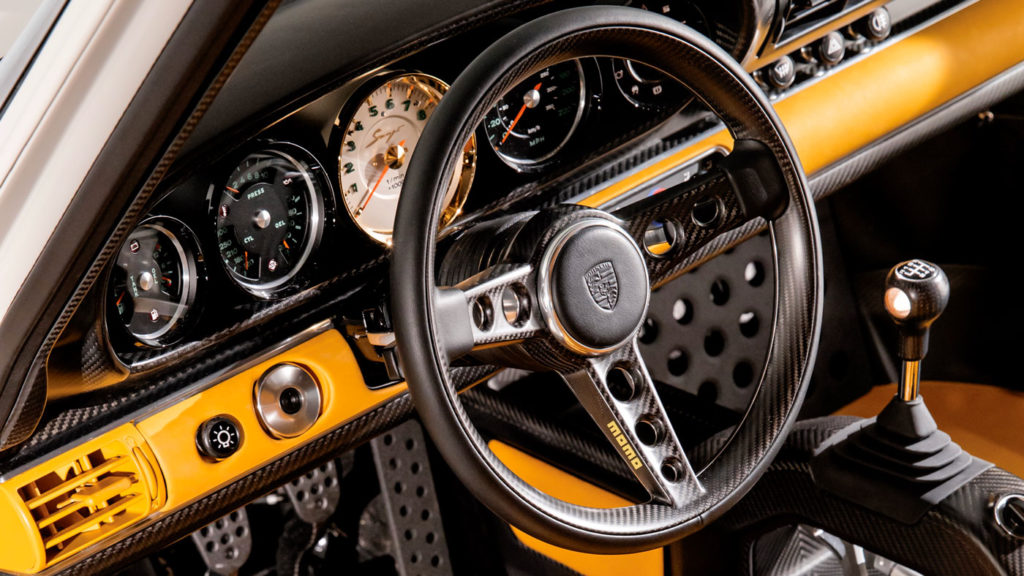 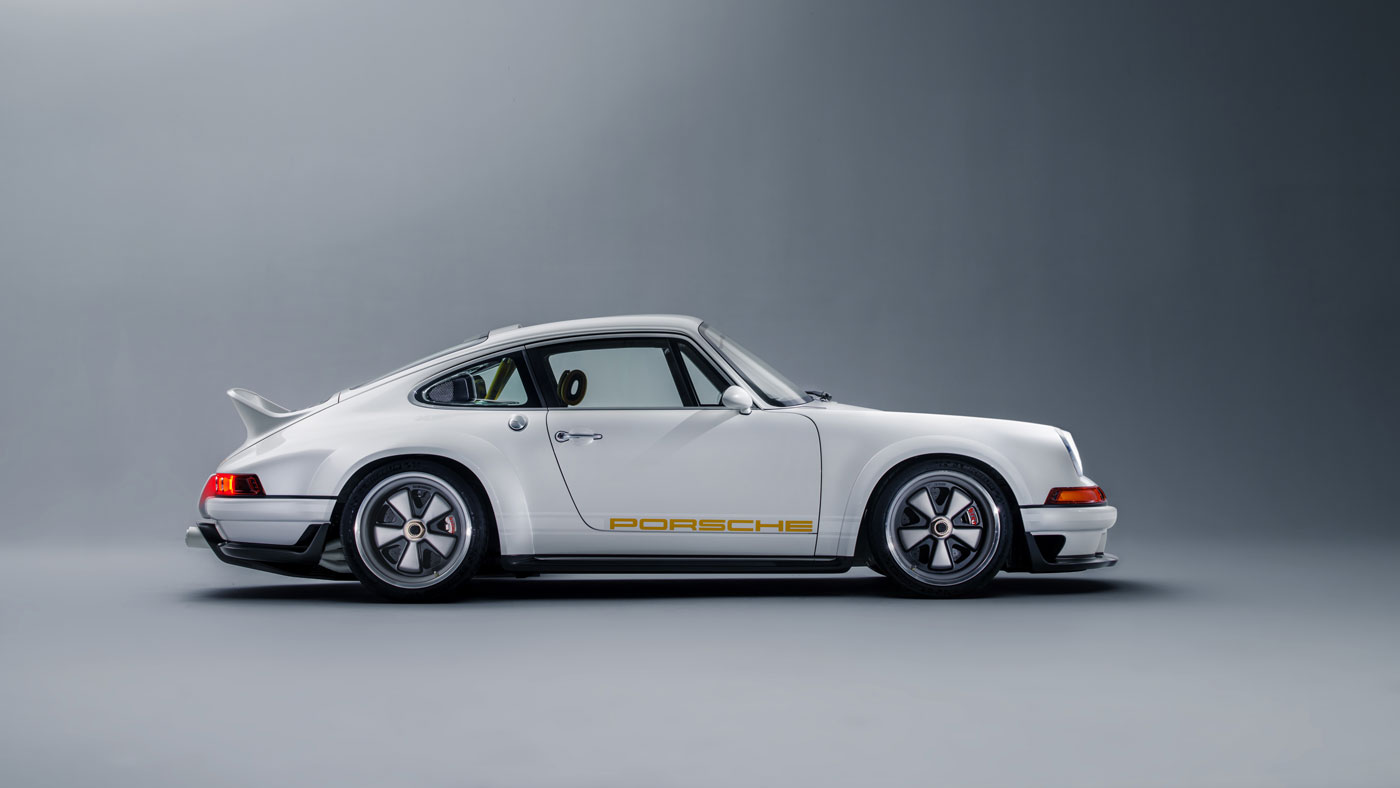 Three different views (exterior and interior) of Singer’s Dynamics and Lightweighting Study (DLS) introduced at the 2018 Goodwood Festival of Speed (Photographs from The Robb Report, July 12, 2018)

In this quite classical example, the transformation of a 964 Carrera 4, revolved around the quest for both weight reduction and performance increase. Modifications included replacing the original body with a redesigned one entirely constructed from carbon fibre, with the only exception of the doors, to ensure safety and rigidity.
Aerodynamics were analysed and readdressed, such as adding efficiency to the ducktail spoiler and rear diffuser for greater downforce at the back.
Williams Advanced Engineering worked with Hans Mezger at Singer’s request to come up with a 500 hp, naturally aspirated four-liter flat-six engine, a considerable amount of which is made from magnesium. The power-train configuration also comprises a Hewland six-speed manual gearbox with magnesium casings. A new suspension also designed by Williams Advanced Engineering’s is complemented by Bosch’s electronic stability and traction controls (which can be deactivated depending on driving mode selected) and its anti-lock braking system. Handling is further honed by Brembo carbon-ceramic brakes, BBS Motorsport’s 18-inch forged magnesium wheels, and Michelin Pilot Sport Cup 2 tires. 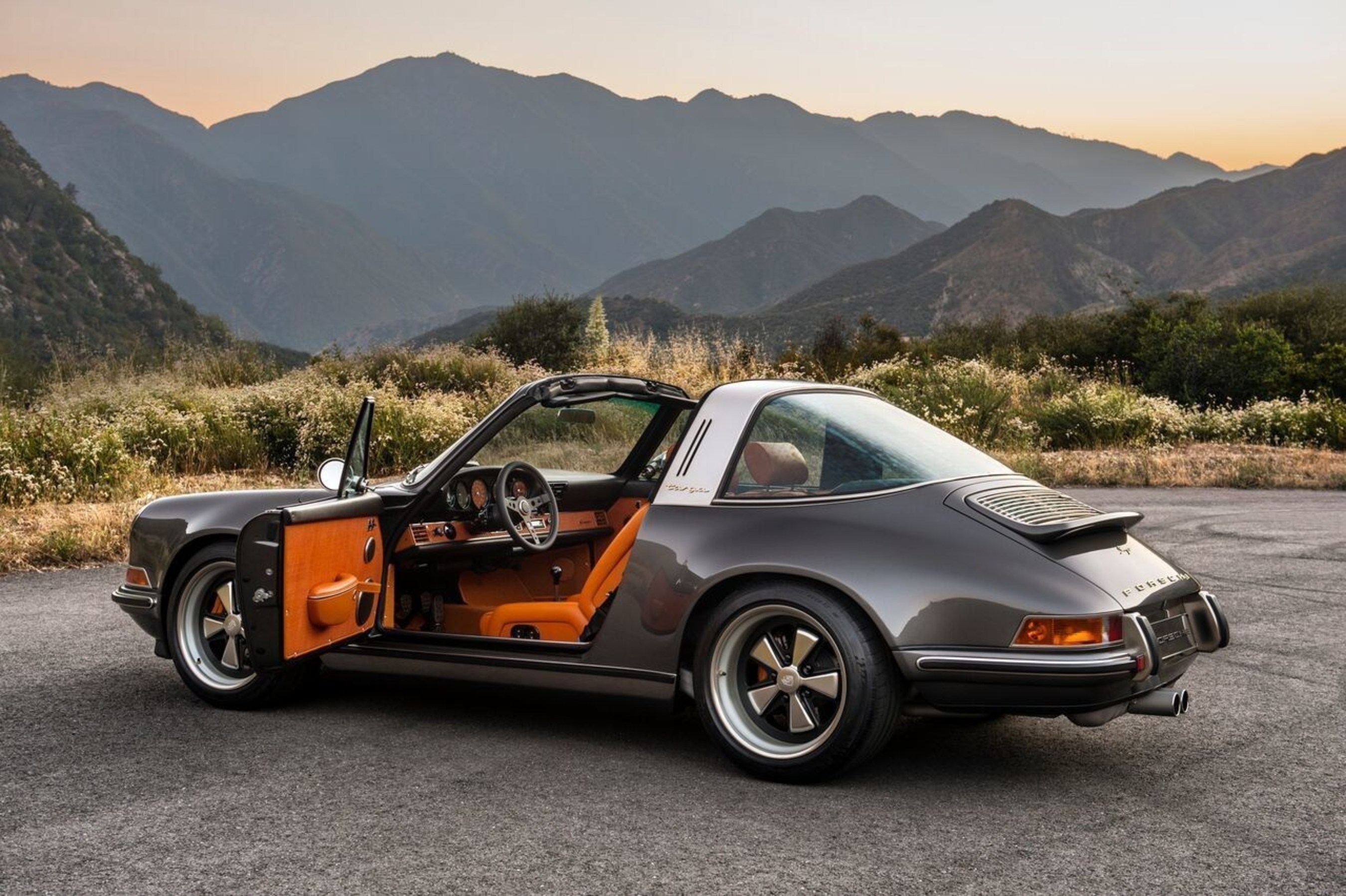 Also based in a 964 (the donor car “par excellence” in Singer’s reimagined 911’s) the global debut of the first ‘customer-owned’ Porsche 911 with a Targa top to be restored by Singer Vehicle Design at the 2015 Goodwood Festival of Speed, celebrates the classic ’65 Targa configuration. This specially modified 1990 (964) 911 Targa blends tradition with modernity, with Ed Pink Racing Technology-developed 4.0-liter, 6-speed 390hp engine exclusively designed for Singer’s customer.

And another example of Restomod cars, in this case provided by Hertfordshire-based Porsche specialists RPM Technik. RPM has built 28 of its 996 and 997 based ‘CSR’ conversions over recent years, being this 996 CSR Evo its most extreme proposal yet.
Based on the second generation 996 Carrera, complete with its larger 3.6-litre engine, the ‘Evo’ takes the themes of reducing weight, increasing power, and a track focus, a step further.

CSR 996 EVO by RPM Technik in its more radical format (Photograph from www.crsporsche.co.uk)

The M96 engine is treated to the firm’s Preservation Pack, which aims to safeguard the flat six against the stresses of track work; these engines having nothing like the reputation for toughness enjoyed by the Mezger engine in GT3s of similar vintage. To that end there’s a deeper sump, a third radiator and also a modification for the notorious IMS bearing. There’s also a power upgrade for the engine, including more aggressive camshafts, gas flowed and ported cylinder heads and an upgraded induction kit.
The suspension features three-way adjustable coil overs, with lighter and adjustable anti-roll bars and adjustable lower suspension arms. The unique geometry settings were fine-tuned by touring car legend Tim Harvey. Naturally, the braking system has been upgraded as well, with CSR-branded four-pot calipers and ‘floating’ discs, and there are lightweight OZ wheels of 18” diameter shod with Michelin Cup 2 tyres.
There’s a mix of the retro and GT3 to the exterior of the CSR Evo, with gen2 GT3 side skirts, but a modified GT3 front bumper with extra vents and a carbon fibre engine lid with ducktail spoiler (replacing the electrically-powered standard Carrera rear wing). The bonnet is also made from carbon fibre, while inside there’s a pair of Recaro bucket seats, a half cage, a non-airbag deep dish steering wheel, and CSR harness bar with harnesses. 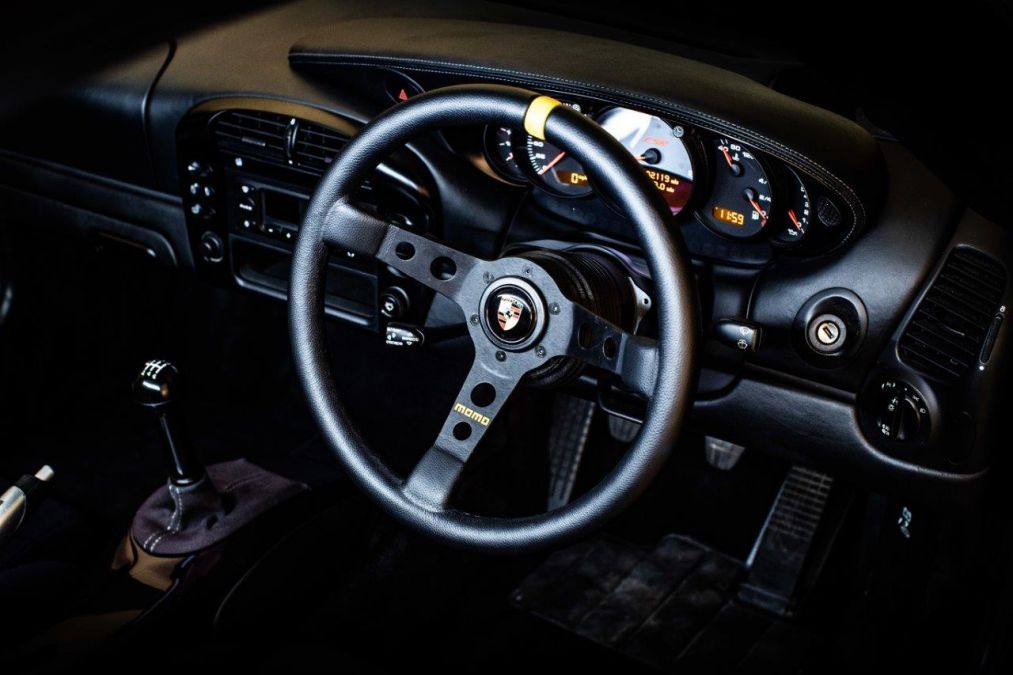 All these changes and improvements, plus the re-design of the interior does not come cheap: RPM acknowledges £55,000, on top of a donor car, which for a Carrera of this period would be £20,000-£25,000 (2017 prices). Now that’s 996 GT3 money, but RPM hope that the bespoke nature of the CSR, its completely renewed chassis (something worth considering against a higher mileage GT3) and its different approach to being entirely at home on a circuit (while still useable on the road) make that a viable comparison.
In summary, fans, freaks and lovers of the best sport car ever have a lot of options to choose from when it comes to the sheer enjoyment of their passion. New or used 911’s, original classics, restomod units or restored ones are not the only choices. For nostalgic aficionados, there is also the possibility of going “Backdating” or even combining backdating and restomoding. But this will be the subject matter of another OPINION. Until then enjoy the sight of the last naturally aspirated engine based 911 series, the 991.1. Soon it will become a Classic. 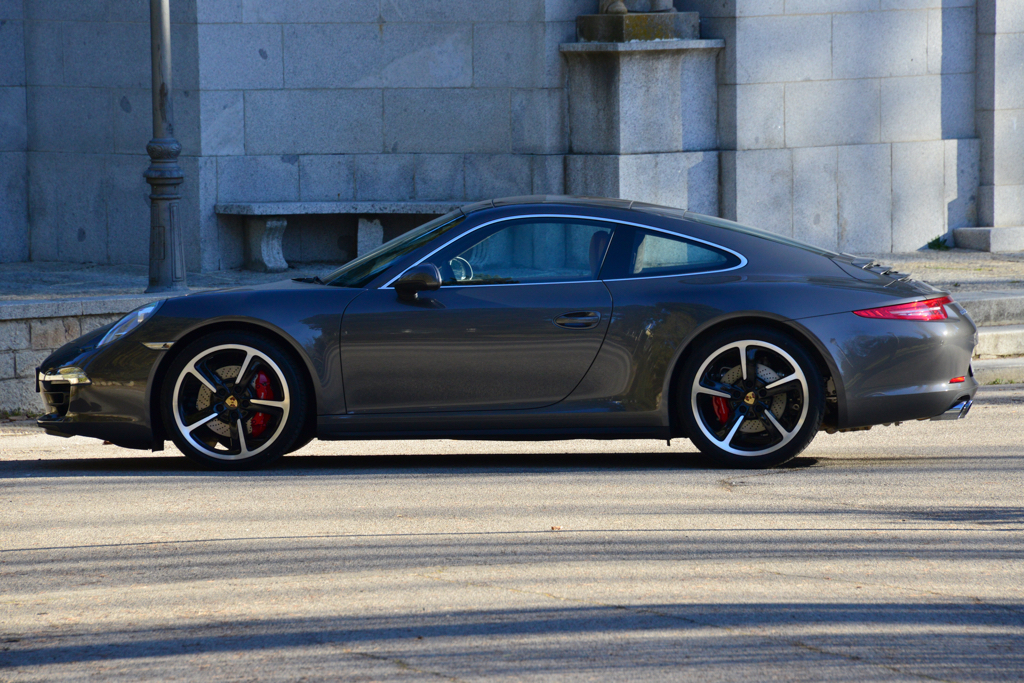 This 2015 911 Carrera 4S (991.1) is part of the last 911 generation based in a naturally aspirated engine and in its 4S version the 3.8-litre flat-six delivers 400 HP.
Introduced at the 2015 Frankfurt Motor Show and available since early 2016, the 991.2 generation is based on all new, 3.0-litre twin-turbocharged flat-six engines across the entire range for the sake of environmental compliance. A new era has started for Porsche. And this change marks only its shy beginning.

This Porsche 930 Has Been Unleashed 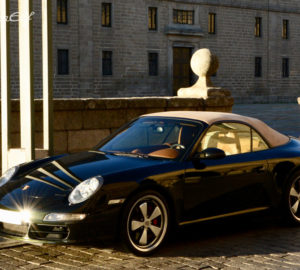 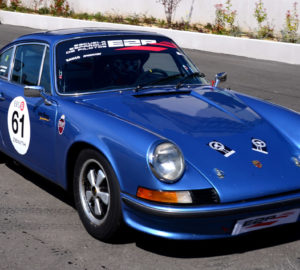