DESPITE MANY SIMILARITIES IN THE DESIGN, THE 964 HAD MUCH BETTER AERODYNAMICS THAN THE G MODEL

The man behind the design of the 964 was Benjamin Dimson, a Filipino designer that moved to California to complete his education and from there got himself his first job in Porsche in 1982. During his seven years tenure at Porsche AG he was responsible for the design of the substitute of the 911 G Model, the 964, including significant styling revisions, like the integrated bumpers side sills, rear lamp panel and rear spoiler. It was the first generation 911 to be offered with Porsche’s optional Tiptronic automatic transmission and all-wheel drive as options. He was also instrumental in the development of the 928 S-4, 944 Turbo, 944 Cabriolet, and later contributed to the design of the 959 and 964 Speedster, of which he was the lead exterior designer. 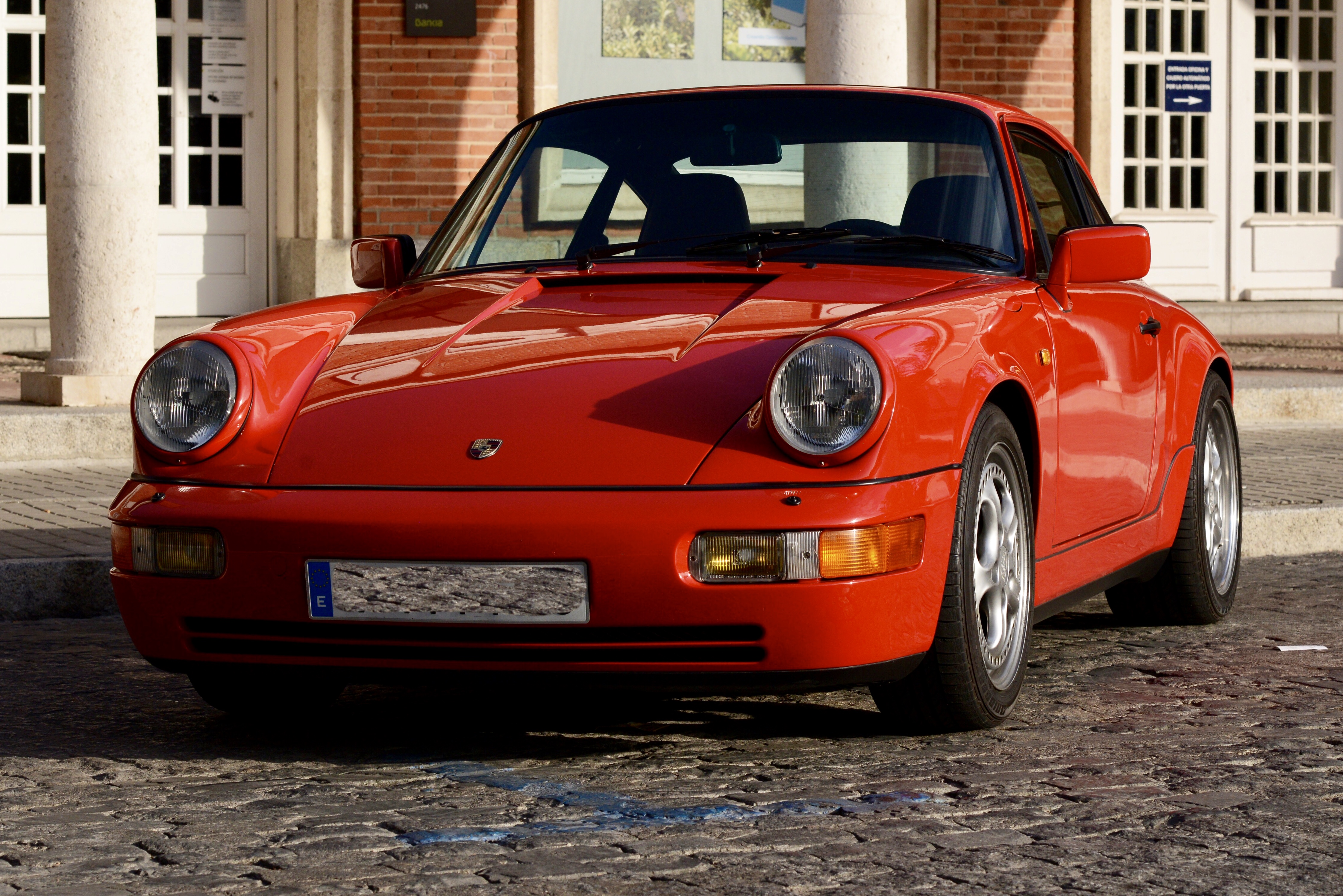 Type 964 (“nine-sixty-four”, or “nine-six-four”) is Porsche’s internal code name for the 911 Carrera 2 and 911 Carrera 4 models, which were badged simply as “Carrera 2” and “Carrera 4”. “964” is used by automotive publications and enthusiasts to distinguish them from other generations of the Carrera.

The 964 was considered to be 85% new as compared to its predecessor, the Carrera 3.2. The first 964s available in 1989 were all wheel drive equipped “Carrera 4” models; Porsche added the rear wheel drive Carrera 2 variant to the range in 1990. Both variants were available as a cupé, Targa or Cabriolet. The 964 Carrera was the last generation sold with the traditional removable Targa roof until the 2011 991 (993, 996 and 997 versions used instead a complex glass-roof “greenhouse” system). A new naturally aspirated engine called the M64 was used for 964 models, with a flat-six arrangement and a displacement of 3.6 litres. Porsche substantially revised the suspension, replacing torsion bars with coil springs and shock absorbers. Power steering and ABS brakes were added to the 911 for the first time; both were standard. The exterior bumpers and fog lamps became flush with the car for better aerodynamics. A new electric rear spoiler raised at speeds above 50 mph (80 km/h) and lowered down flush with the rear engine lid at lower speeds. A revised interior featured standard dual airbags beginning in 1990 for all North American production cars. A new automatic climate control system provided improved heating and cooling. Revised instrumentation housed a large set of warning lights that were tied into the car’s central warning system, alerting the driver to a possible problem or malfunction. 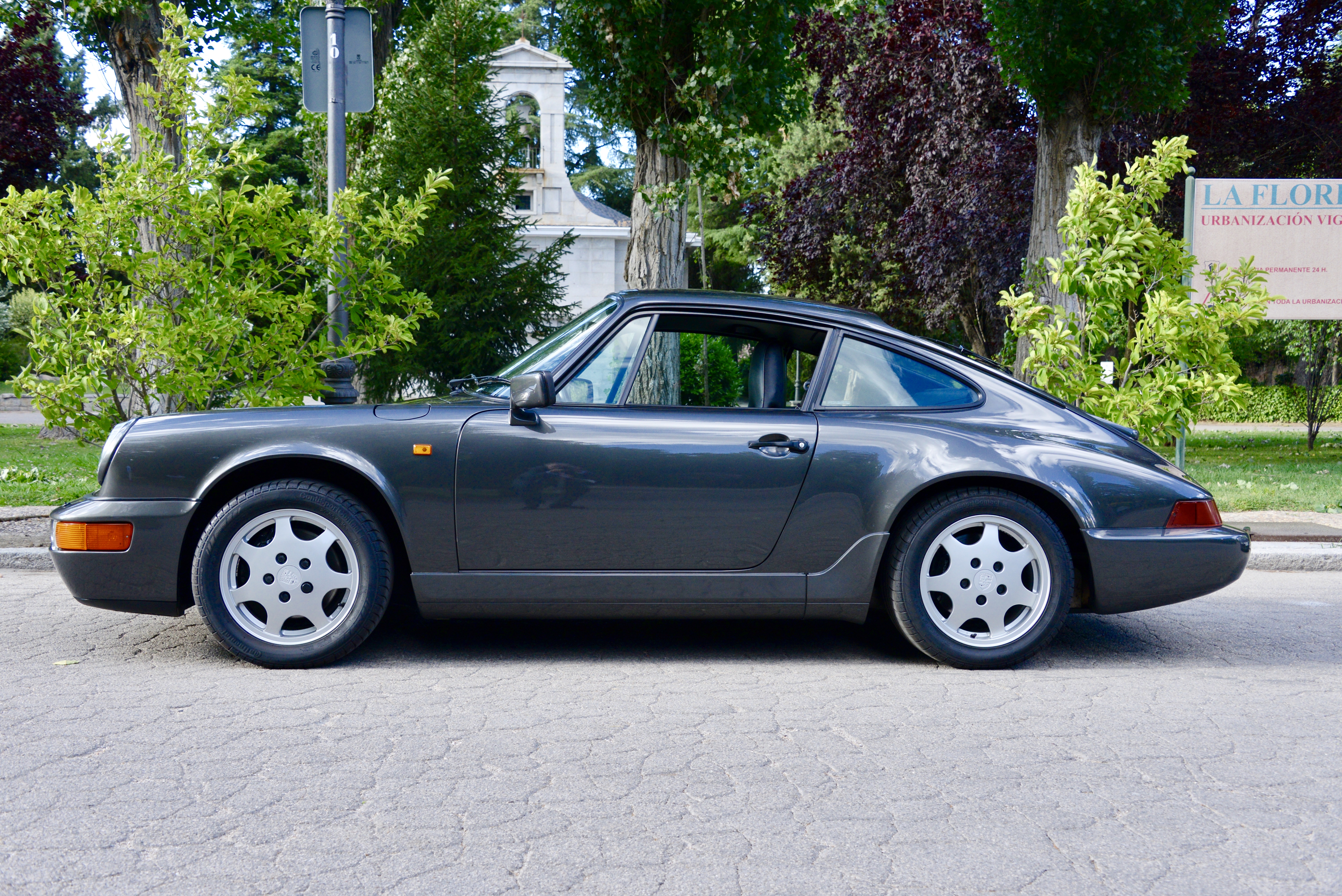 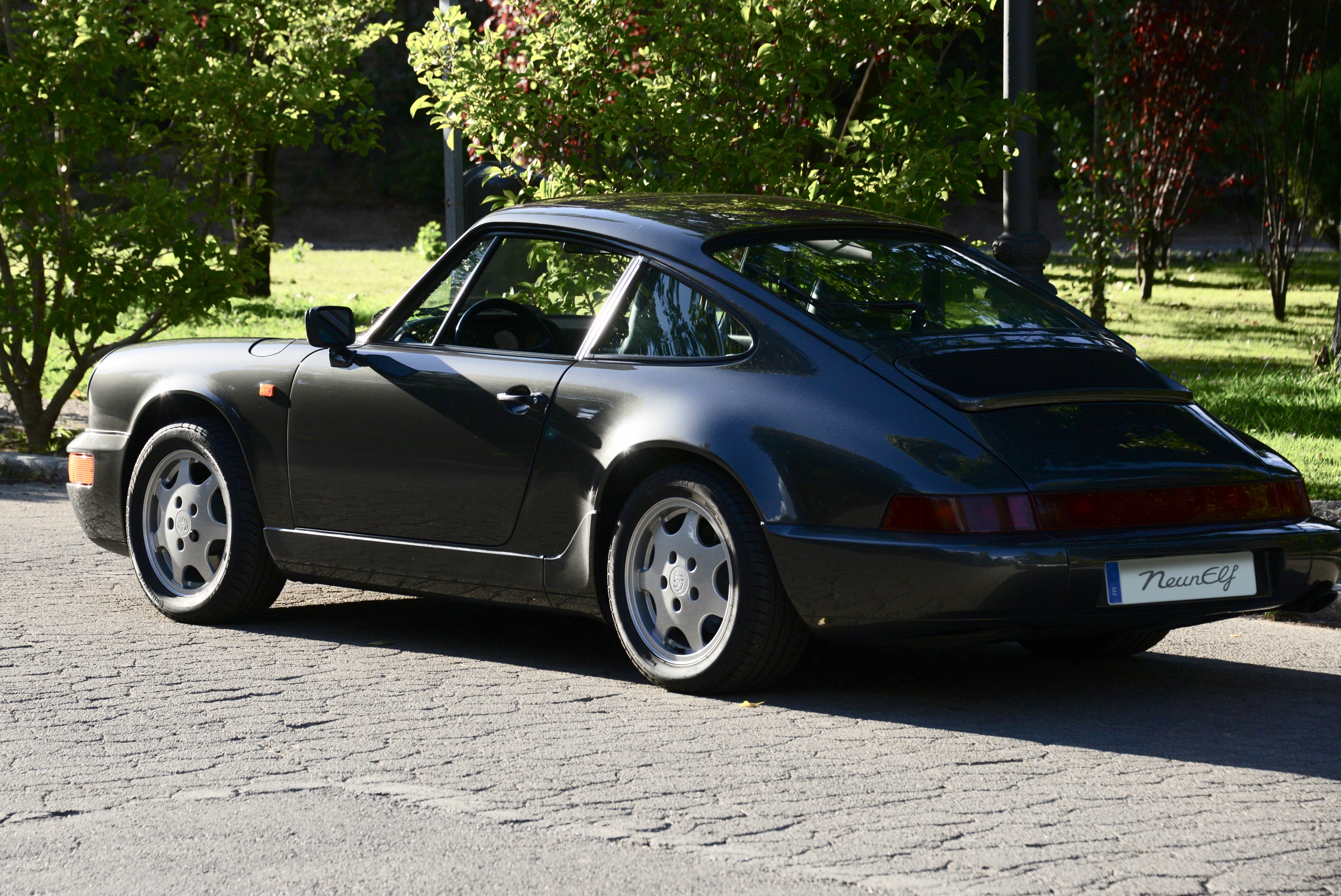 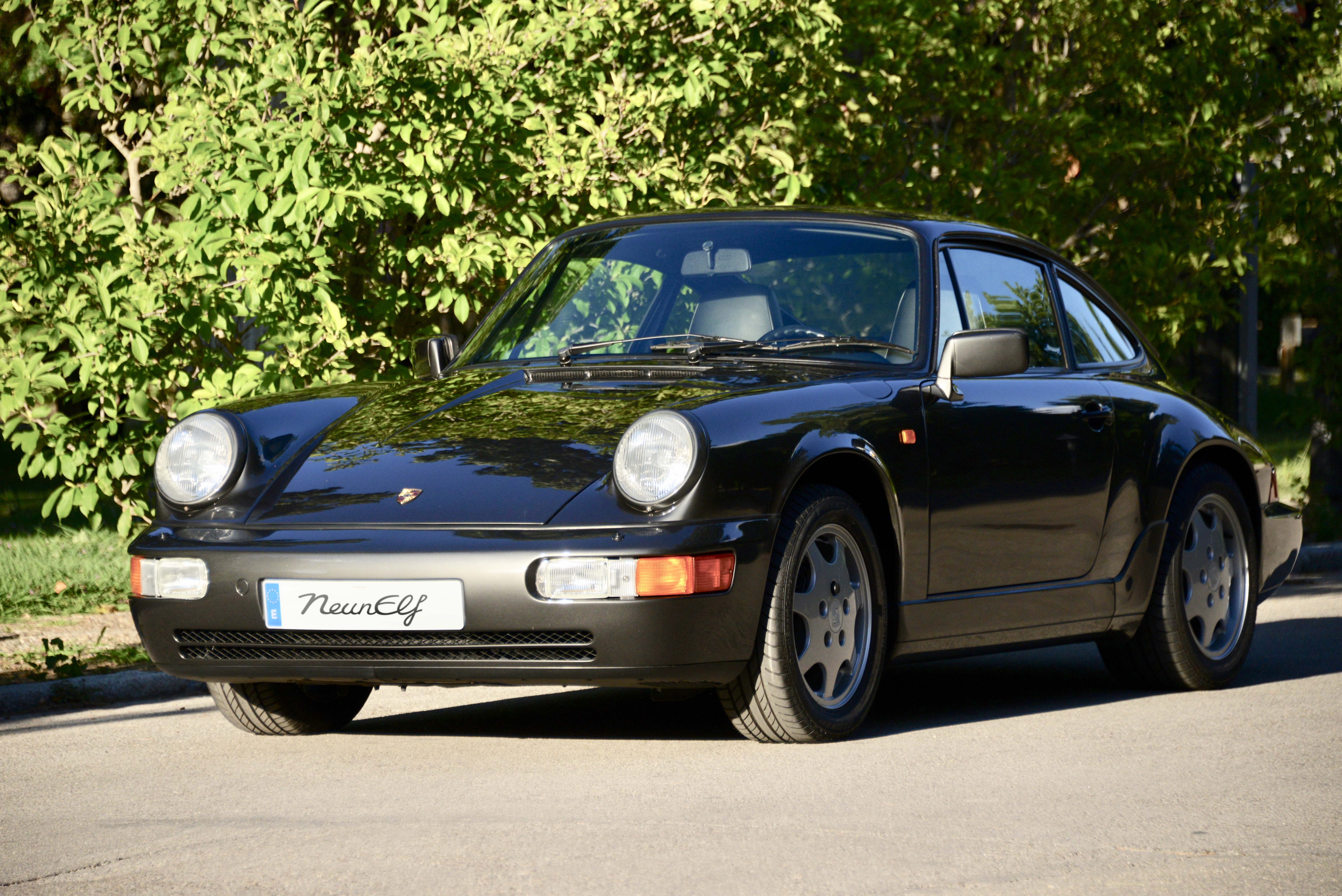 Three different views of the legendary 911 silhouette that has become an iconic symbol of all 911’s, immediately recognizable by al motorsport’s fans. Here in a traditional Porsche color: Slate Grey. 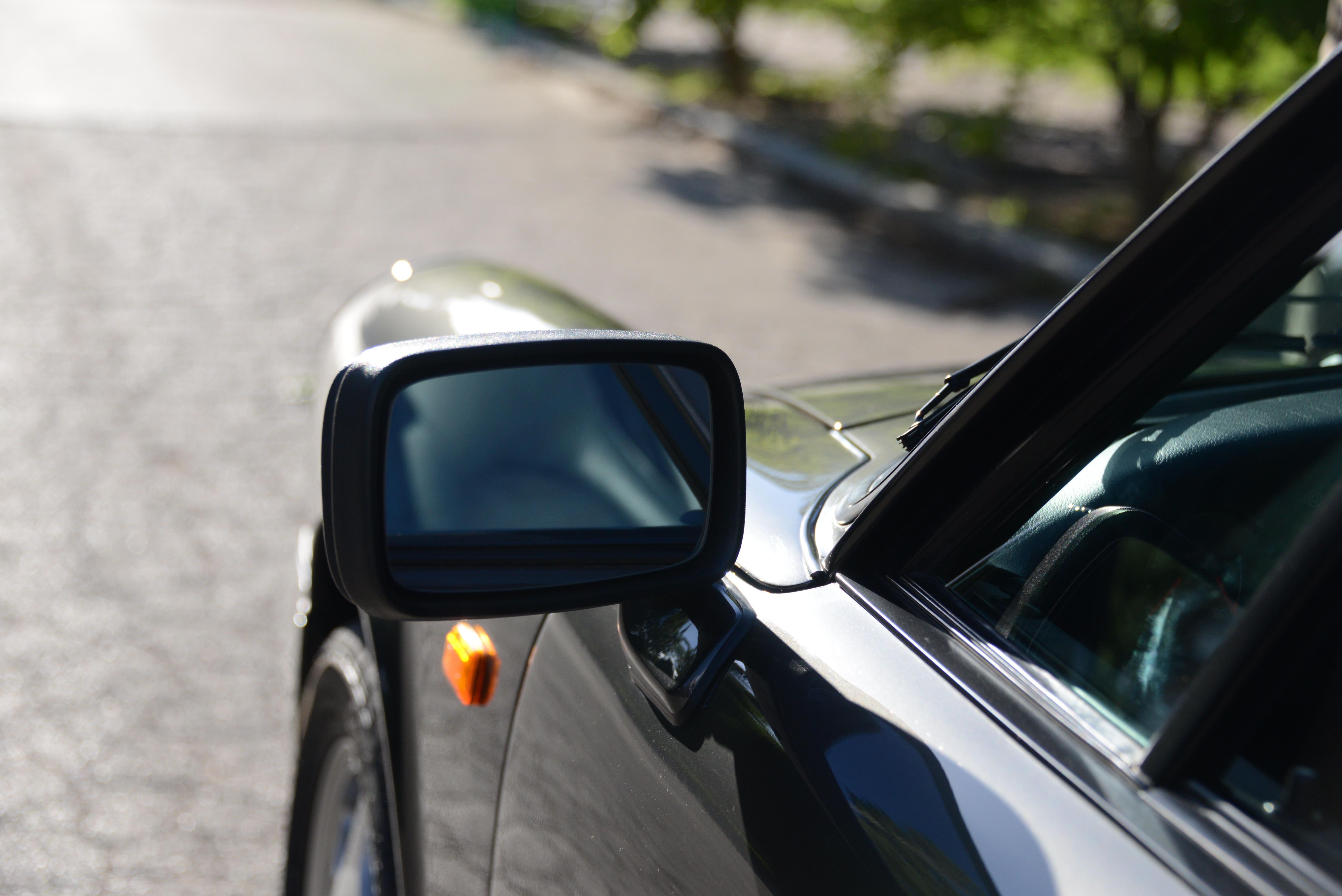 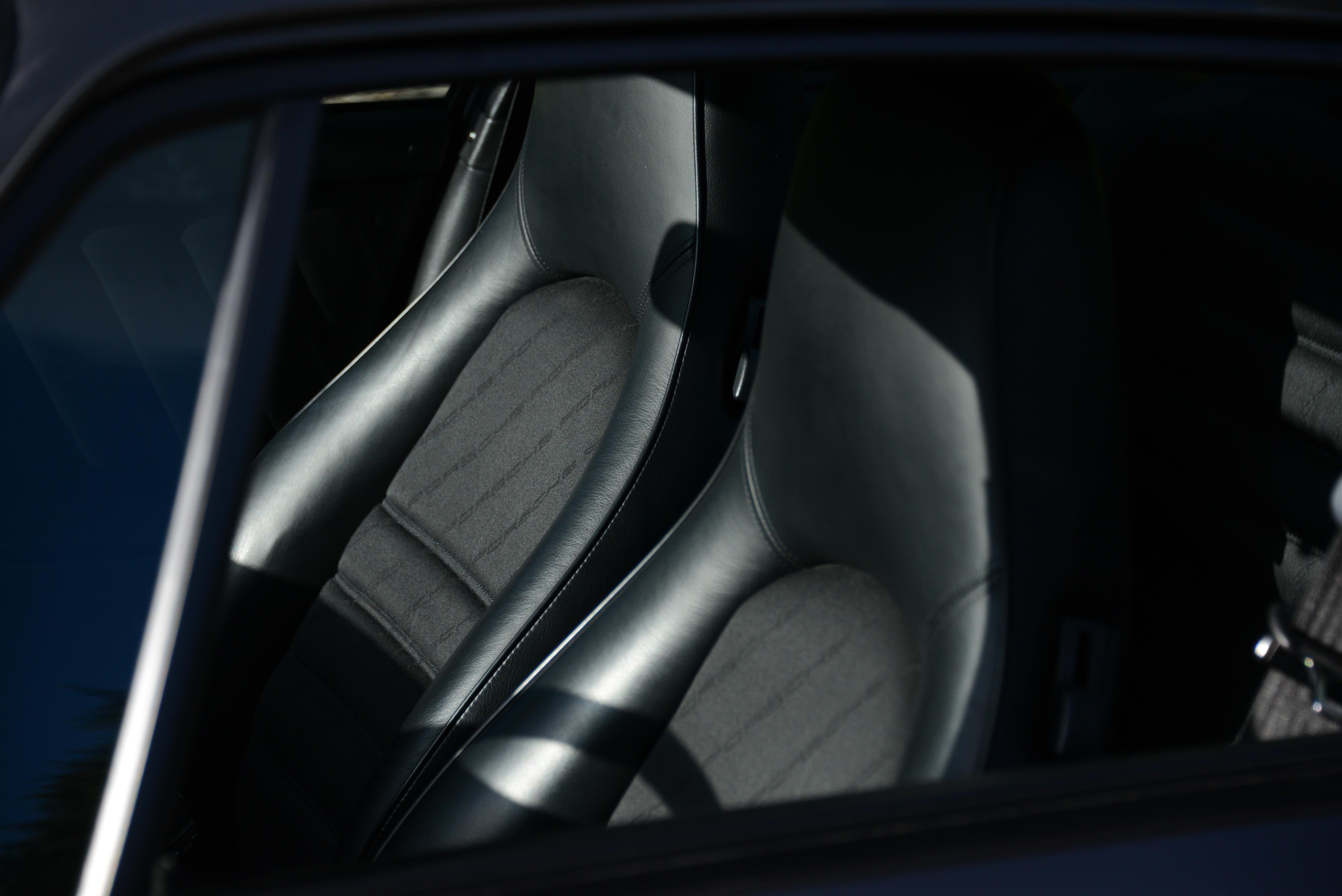 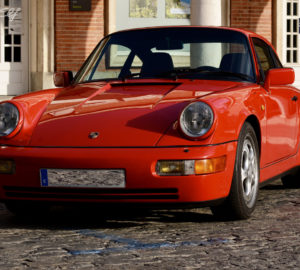