The first new 911 that was completely redesigned

The 996 had little in common with its predecessor, with the first new chassis platform since the original 911 and a new water-cooled engine. Technically, it was a major change, a complete breakaway from the original car other than overall layout. 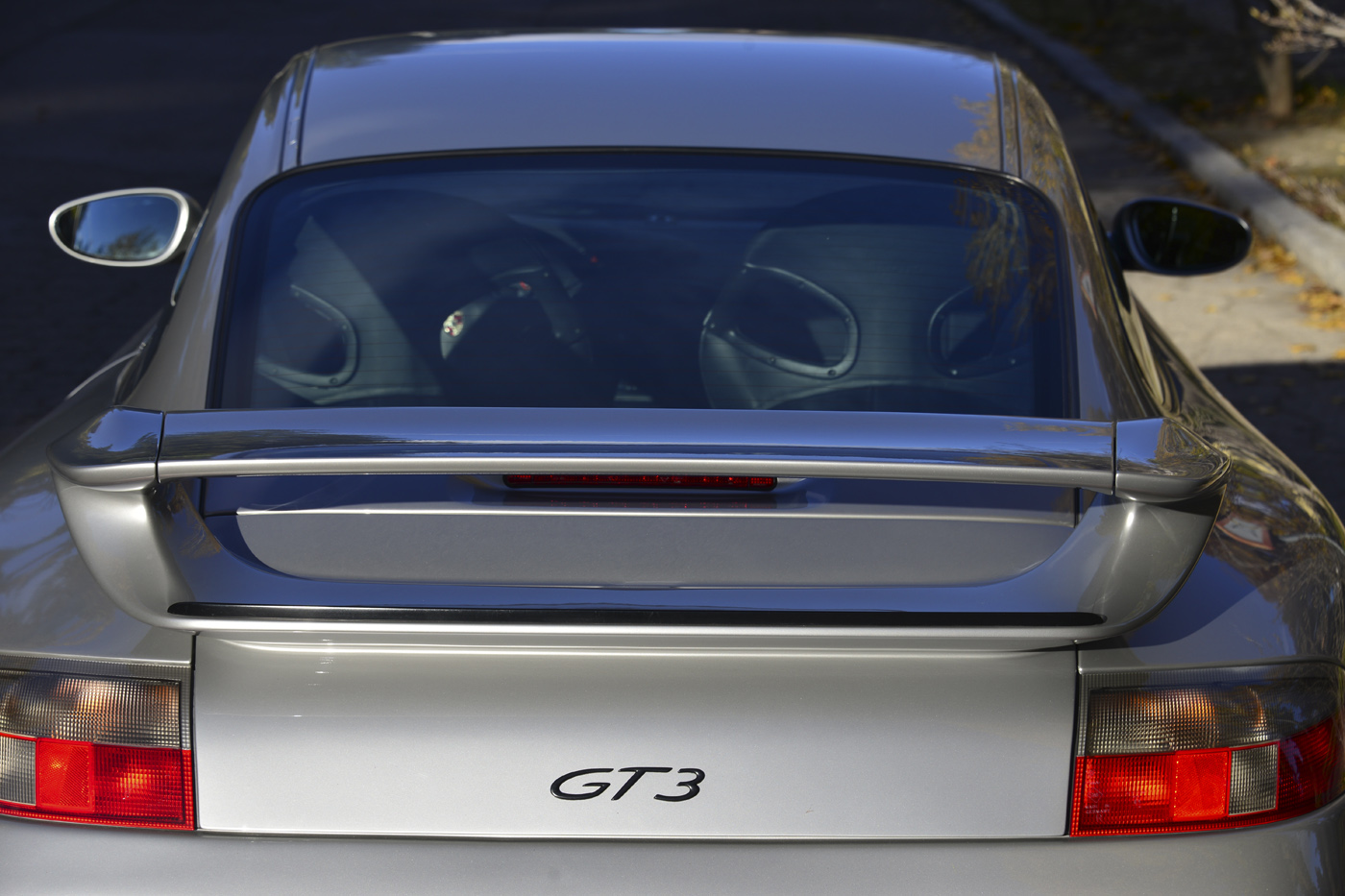 Development was shared with its smaller brother, the roadster-only Boxster which appeared around the same time, including the front suspension, much of the interior, and the engine, all of which were enlarged for the 996. However the multi-link rear suspension, derived from the preceding 993, was different.

At its debut, the 996 featured the most significant change from the classic 911 series: a water-cooled engine replacing the previously air-cooled engine. Progressively stringent emissions and noise regulations, environmental concerns, a higher expectation for refinement and a high-performance 4 valve per cylinder engine made the switch necessary. Other major changes include a completely new platform having a sleeker body with a more raked windshield, and re-designed interior. 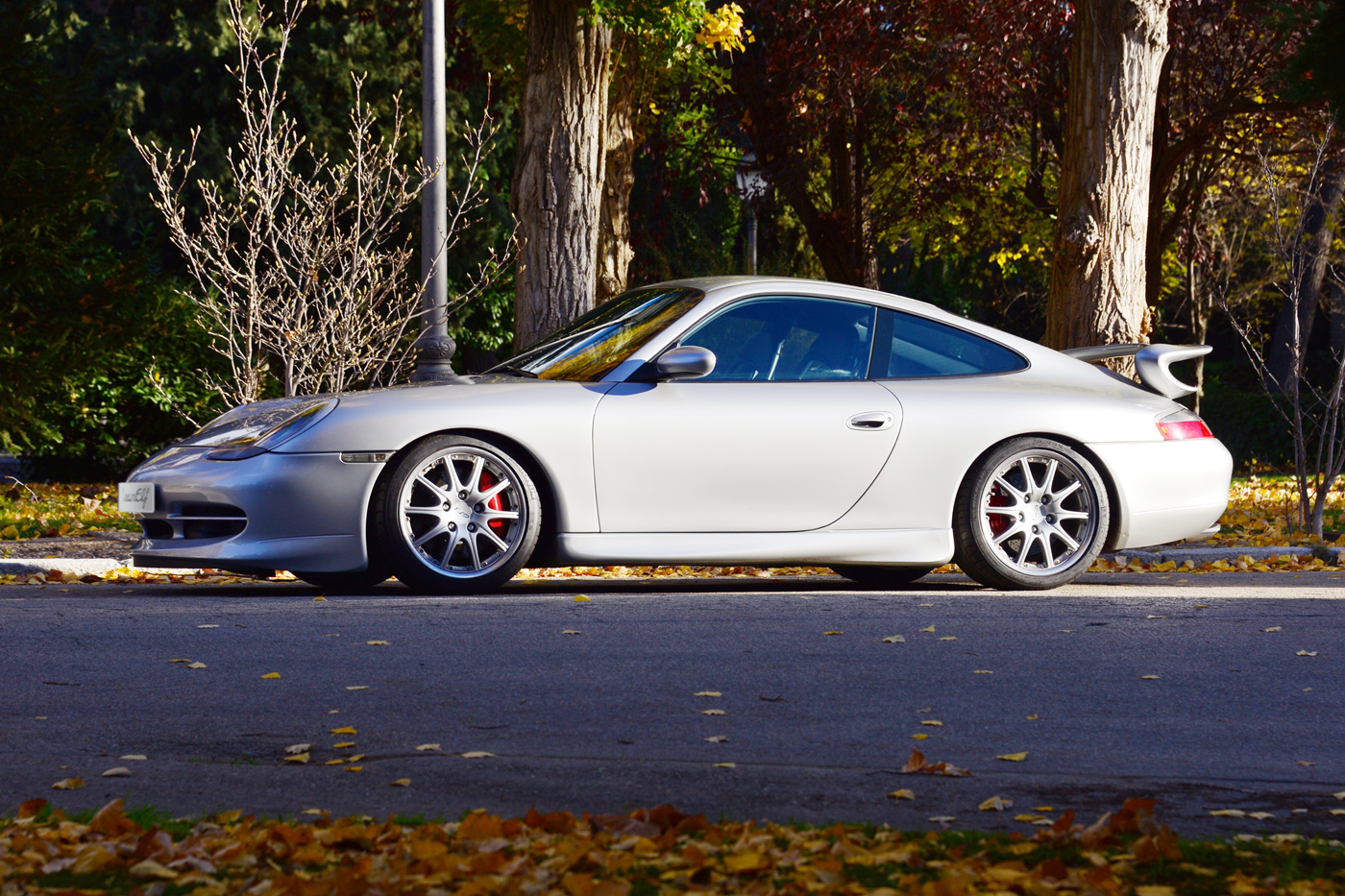 Pictures above these lines correspond to the GT3 version of the Porsche 911 (996).

The “GT3” nameplate was introduced in 1999 as part of the first generation of the Porsche 911 (996 model range). As with Porsche’s previous 911 RS models, the 996 GT3 was focused on racing, and so was devoid of items that added unnecessary weight to the car. Sound deadening was almost completely removed, as were the rear seats, rear loud speakers, sunroof,  although automatic air conditioning and CD/radio became no-cost optional add-ons.

To bring the vehicle’s track-prowess to the maximum level, Porsche endowed the GT3 with enlarged brakes, a lowered, re-tuned suspension system, lighter-weight wheels and a new front bumper with matched rear spoiler to help increase downforce, thereby increasing grip. In track testing by American automotive journals, the GT3 managed a 0-60 mph (97 km/h) time of 4.5 seconds and a quarter mile time of 12.0 seconds at 118 mph (190 km/h). During skidpad testing the vehicle posted 1.03g.

Porsche’s official test-driver Walter Röhrl completed the Nürburgring Nordschleife with the 996 GT3 in 7 minutes 56 seconds, a feat which was used by Porsche to promote the car.

the story of the “GDR Porsche” 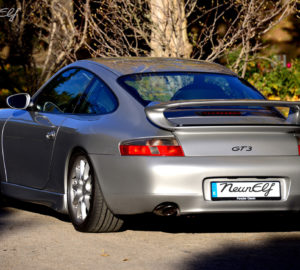 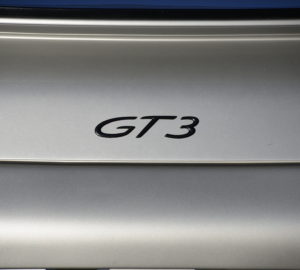